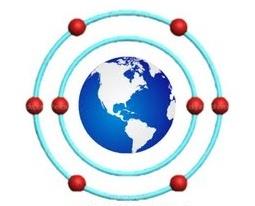 What Can We Do to Reduce Indoor Air Pollution?

"The answer is CLEAR!"

Between our homes, our workplaces, our cars, or in stores, we spend about 90% of our time indoors. A lot of concern goes into outdoor air pollution, but we need to be just as concerned about the air we breathe indoors. We need to think about the amount of pollutants per unit of air and the number of times we are exposed to the pollutants. Whatever pollutants are outdoors will make its way indoors, but at a higher concentration. Then there are the pollutants we are exposed to from the furnishings we have in our homes, the cleaning products we use, and other lifestyle habits we have fostered that add to this pollution problem. Indoor air pollution falls into several categories, one being gases (including tobacco products), microbiologicals, particles (which can be from solids or liquids), and pesticides.
Gases
Gases, such as tobacco smoke, are extremely hazardous to humans and animals and are a known to be carcinogenic. It contributes to higher rates of upper respiratory infection in children and it exacerbates asthma. Another harmful gas that has been found in homes is radon. Radon is a radioactive gas that seeps into homes from the soil. Radon can cause lung cancer. Mixing radon and tobacco together makes a potent cocktail that increases the chance of lung cancer even more.

Then there are the organic gases that come in many household products such as paints, varnishes, cleaning solutions, cosmetics, deodorants, carpeting, and disinfectants. These gases can irritate eyes, noses, and throats, causes headaches, and coordination loss, nausea, dizziness; damage to kidney, liver, and central nervous system. These gases are also named volatile organic compounds (VOC's). which are gases that are emitted from solids or liquids. VOC's have been found in furnishings, office equipment such as copiers and printers, pesticides, correction fluids, aerosol sprays, moth repellents, air fresheners, stored fuels, automotive products, and building materials. One of the major building materials used for the last forty years has been polyvinyl chloride plastic or PVC.

The potential hazard in using PVC is the by-product it produces which is organochlorine. This by-product begins with the production of chlorine gas. Flexible vinyl products are found in many homes like roof tiles and vinyl wall coverings. The potential dangers are that it releases phthalates and it also promotes harmful mold growth. Because it is impermeable to moisture, toxic mold may grow beneath the vinyl causing severe health issues.

Not all mold growth comes from flexible vinyl. Mold falls under the category of microbiologicals. This also includes bacteria, mildew, viruses, animal dander, dust mites, and pollen from both indoor and outdoor plants. Moisture and humidity make for a nice setting for these microbiologicals room to thrive. These biologicals cause diseases and infections, exacerbate asthma, allergic reactions, and irritate eyes and respiratory tract.

Lead was used in paint because it covered surfaces well and wore well. As of 1978, lead was removed from paint, but any home or building built prior to 1978 may still have lead paint. Lead paint dust can be breathed in and it impairs the central nervous system. Lead particles inhaled by children can interfere with their cognitive ability.

Then there are respirable particles that enter our homes principally through the combustion of stoves, fireplaces, hot water heaters, and boilers. Cleaning stirs up these particles. Car exhaust and particles from power plants also enter indoors. These fine particles increase the incidence of asthma attacks, respiratory irritation and can lead to heart problems.

Besides the general health impacts outlined above, there are specific diseases that have been directly correlated to indoor air pollution. One such disease is Legionnaires' disease, which first broke out in 1976 and killed 39 American Legion members at a convention. Legionnaires' disease is a pneumonia caused by breathing in Legionella bacteria. This bacterium can come from contaminated water in ventilation systems, or any other moisture-producing system.

Another specific disease is hypersensitivity pneumonitis, which is a rare lung disease caused by bacteria and mold resulting from air conditioning and humidifying systems. The symptoms of this disease are very similar to viral and bacterial pneumonia. Still another specific disease is humidifier fever with symptoms such as fever, aches, and fatigue. It may be caused by toxic byproducts of bacteria.

Then there are two well-known syndromes associated with indoor air pollution and they are "sick building syndrome" and "multiple chemical sensitivity." Sick building syndrome symptoms are fatigue, lack of concentration, nausea, and respiratory irritation, dry or itchy skin and sensitivity to odors. Multiple chemical sensitivity is more controversial. Most medical associations don't believe it exist at all, but theorists speculate that since it occurs more in women than men, it could be a dysfunction in the immunological or neurological systems brought on by being expose to chemical spills, or low-dose exposures to chemicals from soaps, cosmetics, or newspaper inks. The symptoms are headaches, fatigue, asthma, depression, rashes and muscles and joint pain. 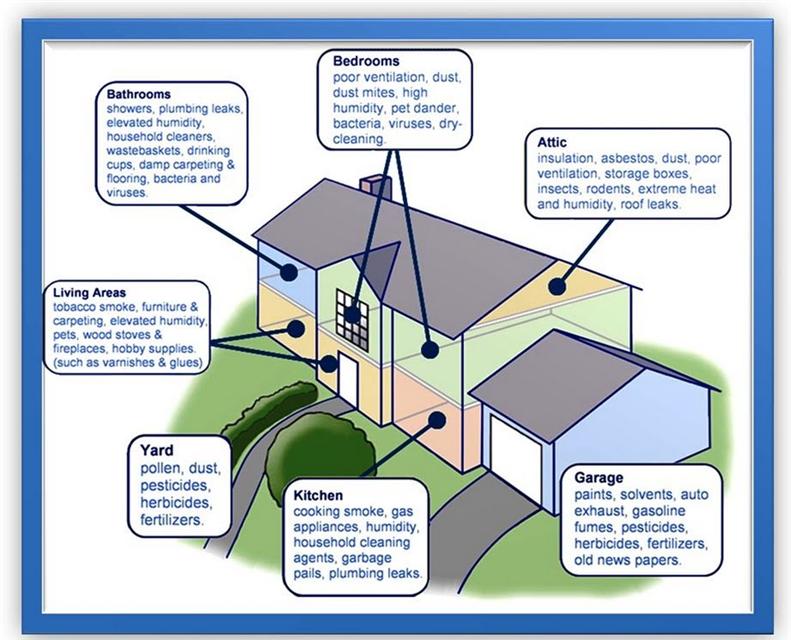